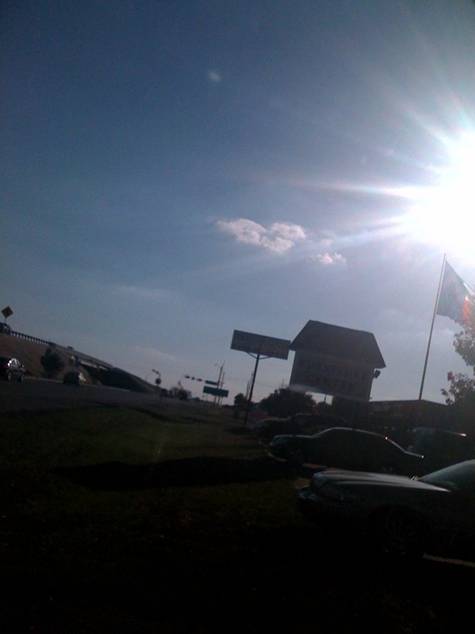 I received this from a friend:"Yesterday while a woman I work with named Marilyn was driving home, she had a very heavy heart about a situation in her life.  She had been praying about it for a long time and was wondering if God was listening.  While asking Him if He was paying attention to her, she looked in the sky and this is what she saw.  Amazed, convinced that no one would believe her if she simply described it, and not so sure she wasn’t just seeing things, she pulled over and took this picture with her iPhone.  You may recognize the scenery; Marilyn pulled over in the parking lot of the furniture store on 84 near Texas Central Parkway.  Look closely at the cloud.  It is heart-shaped.  Zoom in on it…it has an M in the center of it.  There’s a heart-shaped cloud with an M in the middle of the heart. Marilyn had been praying asking God if He was paying any attention to her and right there in the sky He placed a heart-shaped cloud with her initial in the middle of it.  How’s that for a sign?"
God did that for me at the end of a very rough day earlier this year. Look up. 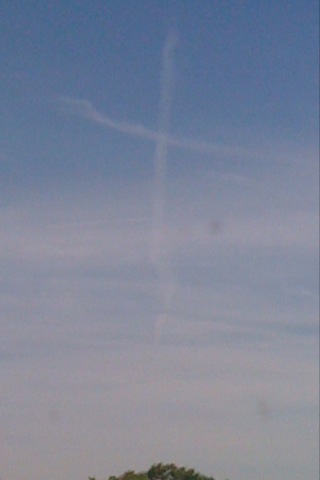 maggie may said…
and next i want the whole story about yasha and the pregnancy and everything. i didn't ever see you announce it here. i want ALL the details!
1:57 PM