Jared Wilson is quickly becoming on elf my favorite authors. The reason is very simple. He doesn't get carried away with signs or wonders or the inner workings of a story. Of course, it all has meaning. That meaning is to preach the gospel. The point of everything is Christ. It is the deep, bloody, resurrected Christ that is the power of our salvation. Our finite minds are so often distracted by what we should be doing or prophets or gifts. That is why it is always such a gift for someone to simply remind my heart of the gospel of Jesus Christ. Thank you for your encouragement, Jared. Thank you for speaking to my heart about the one thing that matters. Thank you for reminding me to not be distracted by the signs and wonders I see and lose my focus on Christ.
Thank God for the gospel. 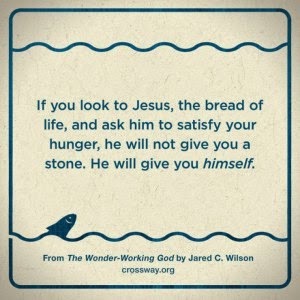 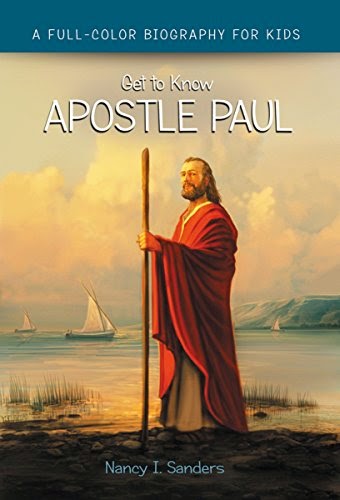 I really enjoyed this little book on Paul. I thought it was perfect for young readers and adults alike. It is full of everything you would want to know about Paul in smaller doses and more simple language for the young audience. The layout was great. It had simple graphs, charts, and maps that were easy to follow along. The author did a great job compiling this little book about Paul. I highly recommend it.

This book was graciously provided by Thomas Nelson Publishers for review.

I am still battling infection and running at about half throttle, but I have managed to stain some things downstairs this week. I also have rods in my closet because my man put them in. Closet rods are awesome. I have been living out of totes for, oh, two years. There is always so much to do that you can't do it all, but today, I can hang some stuff up. Don't take your closet rods for granted, y'all. Tidy storage is a gift. My closet is still the size of a normal hall closet, but it has majestic and wonderful rods in it now!

I have also been painting a bunch and trying to get ready for two events next week. I have also been sketching up a t-shirt design for the 100 year anniversary of Gomer. I'll let you know when they are available. My sweet friend Tina had twenty of these awesome mugs donated for the Southern Picnic fundraiser as well. You can get one here on October 11th. Please come and support our ministry. Our heat and ac died so we are hoping to have heat for winter. We will have lots of fried fish, a shrimp boil, and many other picnic items (even vegan ones). Of course there will be art and PIE. We kick off our fall pie making. If you would like to join us, send me an email.

Have a blessed week. Love y'all. 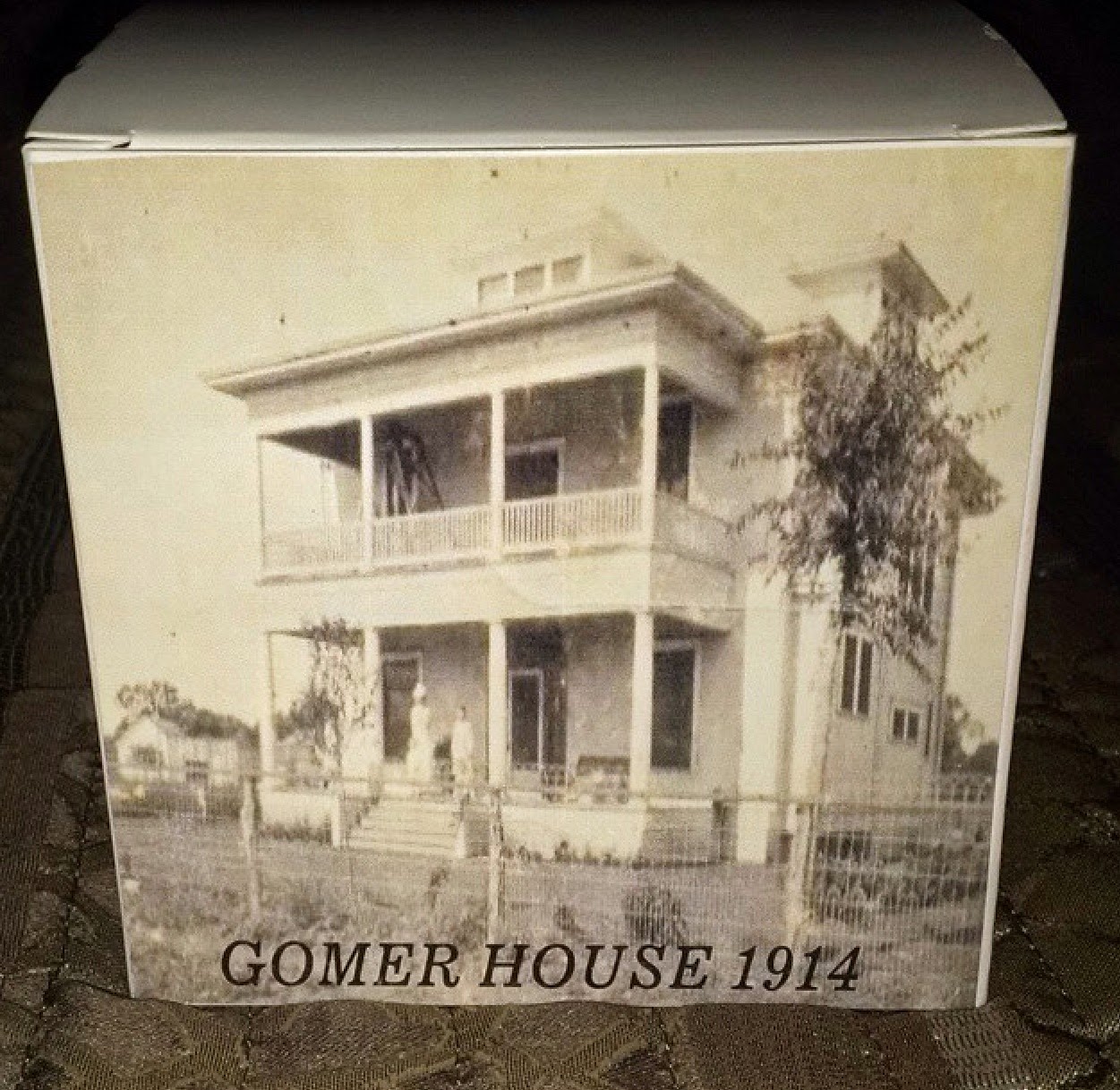 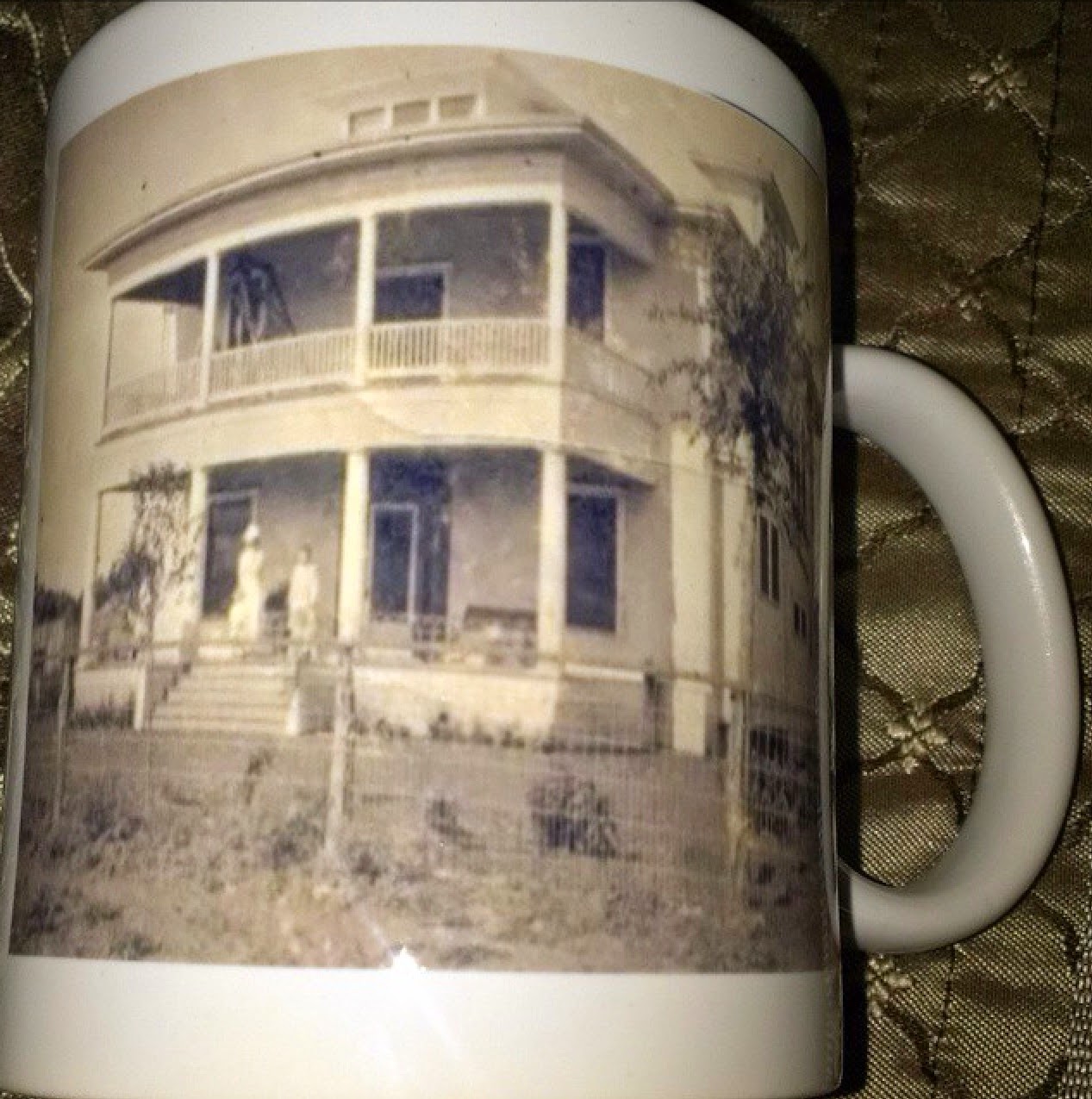 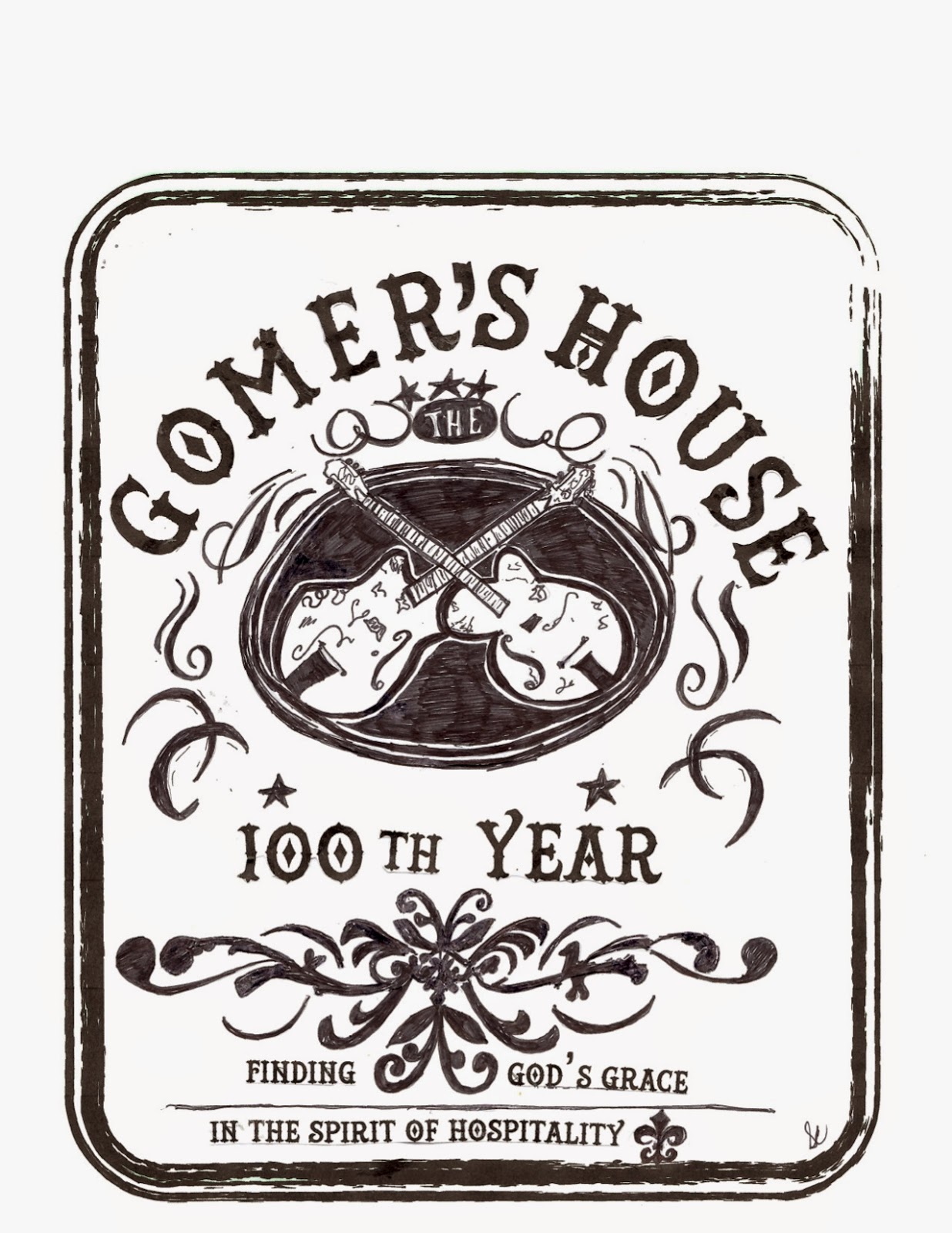 Let's All Be Brave by Annie Downs 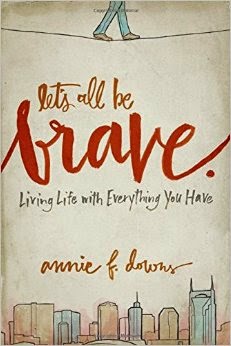 I was riding in the back seat on an eleven hour drive home from Gulf Shores Alabama. I had finished the book I was reading. I was sitting there trying to think of a book I might like to download to read on the way home. Otherwise, who knows what kind of tomfoolery I might get in on the inter webs. Right then, I received a text from a dear friend who is having me speak at their September meeting. The MOPS theme this year is "Be You Bravely." That made me think of Annie Downs new book which I had seen popping up all over social media.

We pulled into a Starbucks for a pit stop and I was going to download the book on my iPad. Right when we pulled in, a transformer blew. I couldn't download my book, but they gave me a free cup of coffee (because they couldn't ring us up without power). I realized that it would be several hours before I was able to have wifi again so I took the plunge and download the book on my phone. Yes, I read this entire book crammed in the backseat on my tiny phone. It's really quite fulfilling to finish something in useless car time.

I enjoyed Annie. Her writing is easy to sink into like old jeans and a favorite chair. I felt much like I was reading intimate posts on her blog. Like listening to a friend over coffee, I found it easy to read Annie's words. She spoke of all of the things God had nudged her toward in her adult life as well as the things she faced with pain and fear. It was sweetly encouraging to read her words.

She spoke about moving across the world requiring the same trust as moving a state away. We walk through transitions, dinner groups, ending relationships, and dealing with singleness at 30. Her words were real and truthful. It was not a collection of how we should feel, but rather walking through what we actually feel as human beings. I was encouraged to follow the Lord wherever He might lead.

I had just finished a book on sex trafficking of little girls that told about what people are doing for orphan and widow care in the slums of Brazil. Understandably, this book felt light and whimsical in my hands because of the weight of what I had come off of. I do not think the decisions are any less brave because they seem safe. Often, we discount seemingly simple decisions because they are not these great weighty gospel attempts. What I love about Annie's words is that she is encouraging bravery in every situation that brings fear. It's always the little things that trip us up. Let's all be brave. 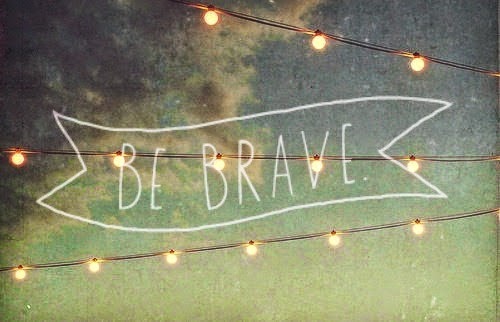 She Reads Truth-Hosea (My Story)

Almost a decade ago, I started thinking about Gomer a lot. Gomer is the prophet Hosea's wife. If you don't know the story, she was a prostitute who left him multiple times for to sell herself to get drugs or whatever she felt she needed. She had children by other men and Hosea took them in. He kept taking her in. She came to the point where she hit rock bottom. She was trying to buy the affection of theses men. She ended up sold into slavery and God told the prophet Hosea to go buy her back. He scraped up what he had and obeyed. He could have brought her home and made her a slave, but he chose to restore her as his wife.

I have read as many commentaries as I have found on the book of Hosea. I've learned more than I would want to know about cultic prostitution. As I watched my brothers struggle with addiction, I wondered if this is what Hosea took on. Did he have to go through detox with her? Did he have to daily guide her heart to the right way of living and loving herself and others? What about the part of the story we never hear? If Gomer is the picture of redeemed Israel, what must she have been like as an old woman? What becomes of someone who finally settles into love? She must have become beautiful, don't you think?

As Jesus began to stir our hearts to enlarge our home to be able to constantly have guests who may need prayer, or food, or furlough, or love in the face of repentance, Gomer was on my mind. I thought so often about how Hosea continually washed her with the water of God's word. He was a man looking forward to the promised seed of Jesus Christ and doing everything he could love this woman the way he was directed.

We bought an old mansion in a little town of a few hundred people. Every square inch needed to be gutted. Three stories. Five thousand five hundred square feet of mess. So, we named her after Gomer. We named her after Gomer because of the lengths that Hosea went to in order to restore her. Every day is a battle. Every day is an opportunity for tears as we have taken this project on while homeschooling three girls and running a business (as well as hosting people). Every day, I think about her. Every day I pray for God to restore what is around us. I ask Him to rend our hearts. I pray for everyone who has ever graced our doors. I beg for healing, restoration, redemption.

When She Reads Truth announced a Hosea study, I cried. I cried because those are my people. I cried because my heart is tied up in the redeeming work. I cried because this work with this house and these broken people has brought me great pain that I have seen turn to beauty. I'm completely invested in this revelation of Jesus Christ. As I read through the text each day I realized some beautiful things that God has done in my life through His word. First I realized that everything I was doing for others, He was doing for me. The second thing truly brings me to tears. God has taught me, an emotionally damaged person, to move beyond ministering to people. God has taught my heart to love.

Read more testimonies at She Reads Truth.
Read a synopsis of Gomer's House. 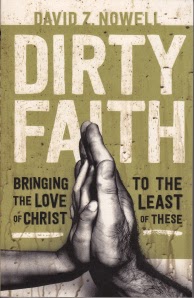 I'll just tell you that I wasn't excited to read this book. I was expecting it to be another pep talk about doing more awesome things for God. That is not what I found at all. It was a hard book to read because of the extreme content. I was forced to think line by line about the things impacting people who do not live in the quaint life we are generally accustomed to here in America. We feel that we have plenty to complain about, but this wake up call for us, for the church will smack you with some real perspective.

The book is written by a man who runs an orphanage in Brazil. The true stories that he tells left me very often holding my breath. It is very hard to wrap my mind around a culture that prostitutes eight year old girls. The girls often think nothing of it because it is a natural part of growing up there. Sometimes they have it done to them and sometimes they choose it themselves. I cannot even begin to recount for you the depths of what I read. You simply must read it for yourself. Challenge your church to give beyond the norm to rescue those beloved of God who are being ritually abused.

Read this book and see a people's brave response to youth prisons and children who steal and prostitute themselves. What if it were the adorable children at our church or in our neighborhood? What can we do? We can do something.

Shake off your casual pity and ask God to give you a heart for the orphan, the captor, the parent who would traffic a child. Cry out to Jesus for them all. Give all you can.