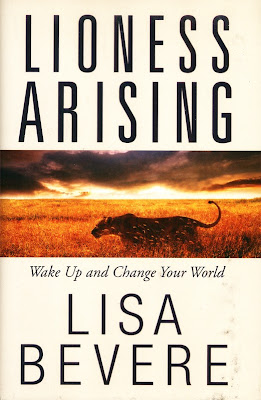 "The people rise up like a lioness;
like a majestic lion they stand."
Numbers 23:24
In Lioness Arising, Lisa Bevere shares a dream she had about a powerful lioness. This dream propelled her to find her voice and study the power and the prowess of the lioness. Her hope is that we too would rise up in power and become the women God has created us to be.
I thought the study of the lioness was fascinating. It is interesting to see the habits and lifestyles of the animals of scripture. I was amazed to see how the lioness was such a huge support to the lion and how the females in a pride were the ones who held it together. They hunted. They stalked. They protected the  young. When a male lion wanted to take over a pride, he would try to kill their children because a female will not mate while she is raising cubs. When three lionesses roar together, they can scare off a murderous male lion. From reading this book, I realized that somewhere along the way, our feminine culture has lost it's voice. It is time we reclaim it. It is time we unite to bring honor and to fight for the Lion over us.
"I was not the lion, but it fell to me to give the lion's roar." -Winston Churchhill
Awaken. Awaken. Awaken.
Some Side Notes: There was a small portion where the book seemed to lag to me, but it was resolved quickly. She addressed women speaking in church in a different way that has given me much to ponder in order to determine what I agree with. When I first saw that Joyce Meyer and Victoria Olsteen were backing this book, I was hesitant. I did not want to read any word of faith doctrine or find out how I could have my best life now. It seems that she and her husband are not proponents of this movement. I am not reviewing their doctrinal philosophy. I am simply reviewing this book. 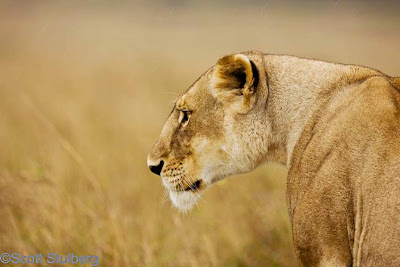 This book was provided for review by Waterbrook Press.
©stephaniecherry.com
Email Post