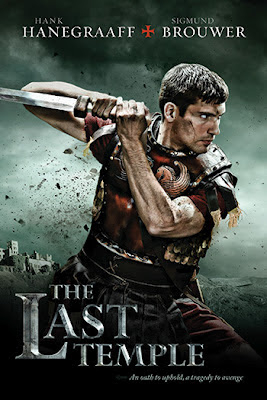 Description from Tyndale House:
Set in the turbulent years just before one of the most horrendous events in Jewish history, The Last Temple concludes the trilogy of The Last Disciple and The Last Sacrifice. Vitas is reunited with his wife and retires to Alexandria, determined to live a quiet, domestic life. But he can’t avoid the debts that he owes to the men who saved him, and he becomes a key figure in the plot to rid the empire of Nero. It sweeps him into the “year of four emperors,” when the Roman Empire is nearly destroyed, and takes him back to Jerusalem as Titus lays siege to the great city. Only then, as the prophecy of Jesus begins to unfold, does Vitas discover the true mission set before him and the astounding conspiracy behind it.

My Review:
This is the last book of a trilogy series. It took me a while to get into due to the fact that there seemed to be quite a bit of info given and the conversation flow seemed choppy. On occasion, it felt like they were trying to force in some random information about Jesus that made it seem out of place. About a third of the way into it, I was hooked, however. The historical research and storytelling method were great. I have such a greater understanding of the fall of Jerusalem after Christ's death. There was a large amount of detail about Nero, the death of his successors, and those that would follow. This book has an interesting perspective on how Revelation could be interpreted to be prophetic of the fall of Jerusalem. Inside the pages are historical facts about how the Romans in charge of bringing down the great city saw God's hand in the destruction. Several of them were trying to help the Jews, but the Jewish Zealots refused their help and turned on their fellow Jews. It's a fascinating look at the inner workings of this story. This is a good work of historical fiction that illuminates the events.

This book was graciously provided for review by Tyndale House Publishers.