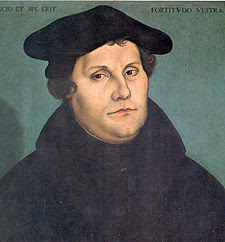 Today is the anniversary of Martin Luther nailing his 95 Theses to the door of the church. Even though he had some horrible anti-semitic views, God used him to reform the modern church.

Luther's theology challenged the authority of the papacy by holding that the Bible is the only infallible source of religious authority[7] and that all baptized Christians under Jesus are a universal priesthood.[8] According to Luther, salvation is a free gift of God, received only by true repentance and faith in Jesus as the Messiah, a faith given by God and unmediated by the church.

At the Diet of Worms assembly over freedom of conscience in 1521, Luther's confrontation with the Holy Roman Emperor Charles V and his refusal to submit to the authority of the Emperor resulted in his being excommunicated from the Roman Catholic Church and being declared an outlaw of the state as a consequence.

His translation of the Bible into the vernacular of the people made the Scriptures more accessible to them, and had a tremendous political impact on the church and on German culture. It furthered the development of a standard version of the German language, added several principles to the art of translation,[9] and influenced the translation of the English King James Bible.[10] His hymns inspired the development of congregational singing within Christianity.[11] His marriage to Katharina von Bora set a model for the practice of clerical marriage within Protestantism.[12] - from Wikipedia 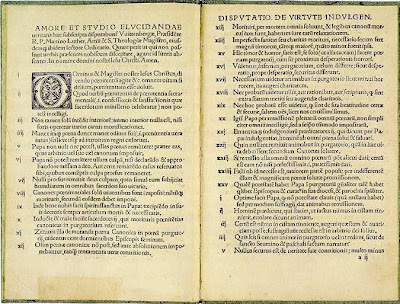