Dirty Salt in the Dirty South 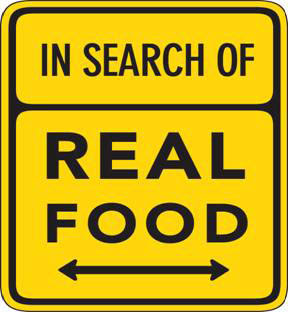 So, I don't know exactly what the "dirty south" is, but I like saying it because it makes me feel wild and crazy. If I am saying something bad, don't tell me. I want to keep living vicariously through my verbiage. Really, it has nothing to do with anything that I am writing except for the fact that I am in southern Texas and have drawl. Let's get on to the story then, shall we?

I love to cook and I love to make things from scratch. I always thought that I cooked quite healthy. After losing more than a handful of babies, I started having some problems with my metabolism, liver, and pancreas. When I was pregnant with our last girl, I went to a dietitian. This changed my life. I had been really tired for some time and under her care I learned that I didn't eat enough, but I was eating too much at one time (I only ate about twice a day). I set out to eat six times a day and change what I was eating. I discovered My Fitness Pal. It helped me track what I was eating and when I was exercising. I took an e-class on smoothies and spent the better part of six months reading about nutrition.

I read all about vegetarianism, vegan (Did you know there was a Vegan cult in the Old Testament times?), Mediterranean diet, and everything you can imagine. I was asking God what was best for me and all I could sense was that there needed to be balance and change needed to be gradual. I have been taking away and adding a new thing each week or so. I thought there would be a better probability for life long change and that my family might come along with the idea.

As for me, it worked. It's still working. I am still working on it and learning new things. I lost about 32 pounds. Before you get too impressed, part of that was a near nine pound human being and a placenta.

Before I go, I will tell you about the dirty salt. I learned years ago that if salt is white, it is most likely bad for you. All of the minerals have been taken out of it. If it is pink or gray in color, it's loaded with what salt was meant to be loaded with. It still has the 60 trace minerals in it instead of being stripped out like table salt.If you look at the real salt after being used to regular table salt, it looks dirty. One time on the phone, I asked Denbigh to pick up some salt and in the spirit of James Bond, I said, "make it dirty."

If it was made in a lab, it is a pharmaceutical... even if they call it food.