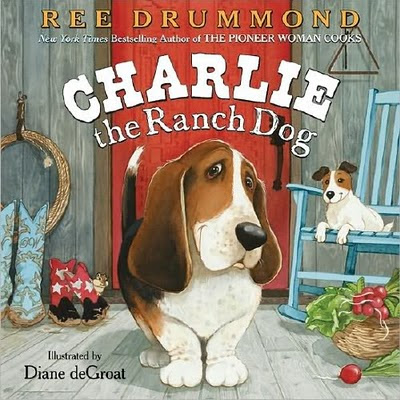 We don't buy a lot of mainstream children's literature because we don't find it to be God honoring and it dumbs down things to bright children. Several of the books we have been given have met their demise in the trash can. We do love Charlie though. Laomai has been asking me to blog about him.
If you know anything about Ree Drummond, The Pioneer Woman, you know Charlie is a character. He has more personality than a herd of other dogs. In this book you can follow him all over the ranch and with his friend Suzi. It is neat for children to see what all goes on at a ranch. It's a great book to help get children interested in animals.
I asked Laomai why she liked it and she said because Charlie is so very cute. He thinks he is fast but he isn't. He thinks he does a lot but he doesn't. They still love him."
Sounds good to me.
A portion of all purchases made through this Amazon link support Gomer's House.

Rachelle said…
Jesus loves you so much, Stephaine Cherry...
God Bless you
11:36 PM