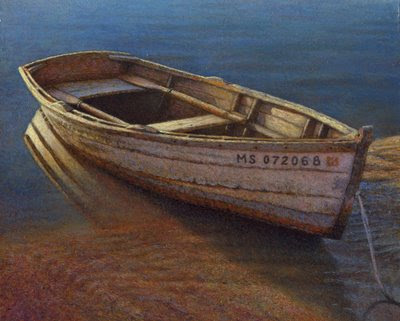 Have you ever been in a place where you just wished you were like John the disciple? I have. I most envy that when he had a question or needed reassurance, he could physically lay his head onto Jesus' chest. I feel like I have been doing that lately though. God is so gracious to us. When people tell us that we are supposed to be doing certain things or the opposite of they don't have any use for us, God Steps In. He whispers into our spirits and He reminds us that this life and it's difficult circumstances are all in an effort to get us to look at Him. So, I am. I am forgetting what I have seen and I am trusting. . . wherever that may lead me.
I watched A Snoodle's Tale recently. It's a Veggie Tales movie. This little snoodle comes out into the world and he starts going through a backpack that was on him...full of his gifts. As he tried to use them, all the older snoodles would laugh at and ridicule him. They would make ugly paintings of him and put them in the bag where his gifts were. Heavily burdened, He decided to run away up a mountain. There, he enters into a cave weeping and he hears God ask him what is wrong. The young snoodle goes on to tell God how he doesn't understand why he has these gifts because he can't use them. God asks him what gave him this idea and he points to his backpack full of pictures that the other snoodles painted of him that ridiculed him trying to use his gifts. God takes them out and says, "Why, these look nothing like you." Then God paints the young snoodle a picture of how He sees him. Exquisitely handcrafted and brave.
I began to cry at that part. I know that is silly, but life is hard. People place all sorts of ridiculous expectations on you and hurl insults at you. While I do say to always search yourself before you blame someone else, don't let other people's opinions, abuse, or neglect define you.
"These look nothing like you."
"It's not what you're called. It's what you answer to."
-Madea
He broke the yoke from your neck and tore your shackles away.
-Nahum 1:13

thank you for sharing this, stephanie - for sharing Truth. i love you and your heart! praying for you, girl...

Thank you, Michelle! I hope you are doing well. Love you!