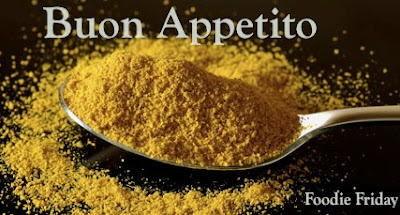 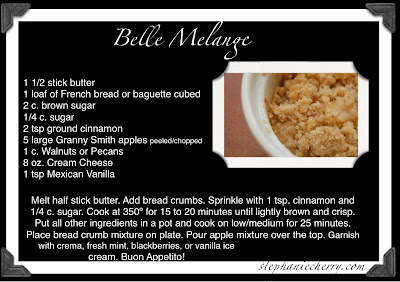 In the movie Tortilla Soup we see into the family life of a chef and his three daughters. It is one of my favorite food movies. In one scene Martín, the chef, shows up to save the day when all of the dessert at a catering function is burned. He whips up a masterpiece with some ingredients lying around the kitchen. The culinary creation he dubs "Belle Melange" which means "a lovely mess." I thought that I could take what I saw in the movie and remake the recipe. Here is what I came up with. 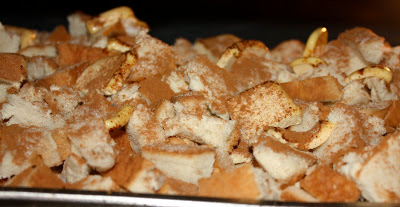 Melt half a stick of butter in a baking pan. Add cubed bread. Sprinkle with a teaspoon of cinnamon and 1/4 c. of sugar. Bake at 350º for about 20 minutes (stirring once)until lightly browned and crisp. 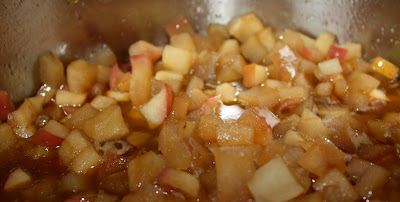 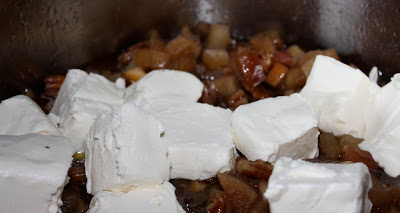 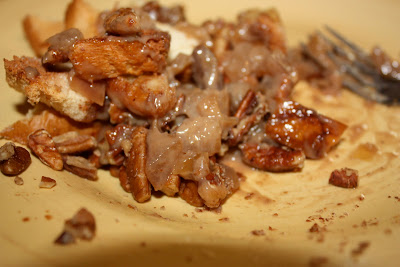 Take a half of a cup of your bread crumb mixture and place it on a plate. Top with a liberal portion of the apple mixture. Garnish. If you end up adding extra amounts of the ingredients (cinnamon, butter, pecans, etc . . . the more the merrier).  Buon Appetito!