My eight-year-old has a list for everything. She has one list that consists of possible candidates to consider for marriage in 2025. I asked her the reasoning behind each of her selections. When I asked about Wilson, she said, "Well, Mama, Wilson is just a really nice boy." After Denbigh shot this video, I showed it to her. She gave me a hundred dollars from her savings and said she wanted to help Wilson and his birth mom. By helping, you could be giving to my future son-in-law. 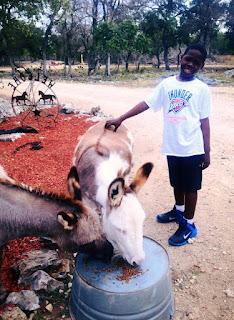 Christy, Wilson's birth mom started telling me that Wilson had this desire to go to Haiti and see his birth mom. He wanted to hug her, take her food, and help his brother go to school. Christy decided be brave and try to come up with the money to take him and all of his adopted brothers and sisters to meet Wilson's birth family. 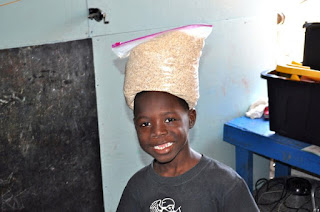 Wilson's mom was unable to provide for him after his dad died. Instead of selling him into slavery, she was brave and took him to the orphanage. She told Christy that she thought Wilson was a special boy who would do great things. Here he is a few short years later trying to.  Please watch this video and support Wilson's dream. Shop my Etsy shop thegospelmom.com as well. I am giving part of the profits to benefit Wilson's dream.

Click here to view Wilson's Go Fund Me. https://www.gofundme.com/wilsonguenther If you are interested in making a larger tax-deductible donation, you can do so at TeemHaiti.