To Kill A Mockingbird by Harper Lee 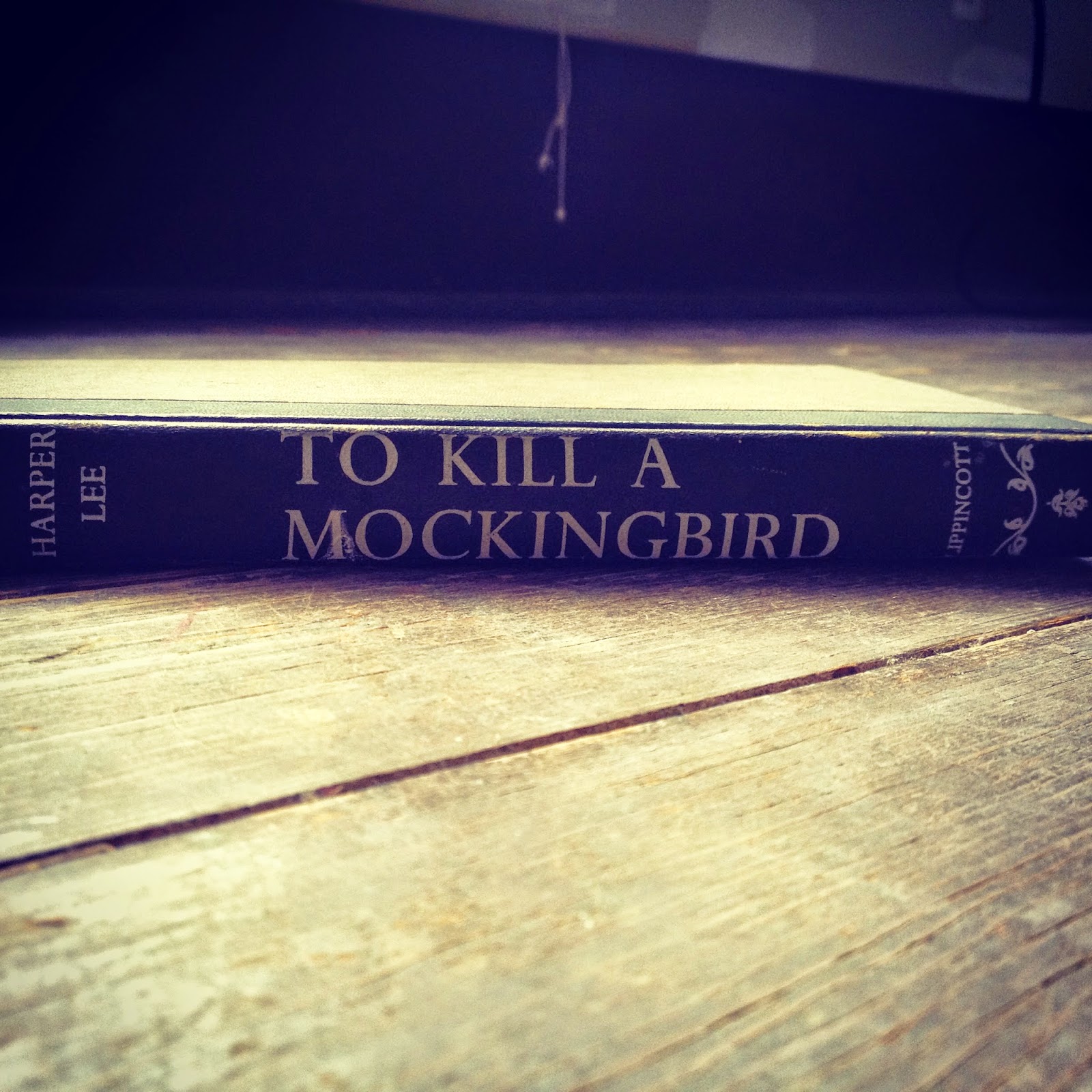 It seems that books come alive to introverts. Well written characters especially do. The characters in these pages are no exception. I loved Atticus. I loved Scout. I loved Boo. Some of my earliest memories include people around me referring to eclectic characters around us as Boo Radley. It is most likely what led me to investigate the book in the first place. What on earth was a Boo Radley? I saw the movie come on television a time or two when I was little. I can remember sitting in my grandmother's floor watching Scout, Jem, and Dill. I wanted to know them.

Harper Lee charmed my heart. I was drawn to her deeply honest and simple style. I wanted more of her books. When I read an article that her earlier manuscript was being released, I was elated. Of course, there is quite a bit of drama surrounding it. No matter, it made me want to reread my copy. Years ago, my stepmom gave me an original 1960 copy. I cherish it. I pulled it off the shelf and read it in a matter of days. Sitting here now, I almost want to read it again.

Many people who research and write about such things tell us that Harper Lee (Isn't that a great name?) based her characters on her real life growing up. You can read about this under Autobiographical Elements on the Wikipedia page. Harper's real life seems to have been even more dramatic and fascinating than the book.

I greatly enjoyed the wording and phrases nestled all in this book. They felt like home. The integrity that Atticus embodied in these pages was something I deeply wanted and needed. I appreciated Scout and her truthful grace as she meandered through the seasons of life. Boo and Dill were also deeply endearing. Somehow Harper Lee was able to convey each character's flaws and still make them appear charming. Even the antagonists drew out empathy. It's beautiful. Good books help us be gracious with the human condition. They help us understand.

Each time I get to the conclusion of the trial, I am shocked that the jury could have convicted this man. I grieve. It must have been pure hell to live as a black man during this time. It is sickening to read the atrocities of man against man. It must be considered demonic. Surely no man with all of his wits about him could ever perpetrate these crimes against another.

It is a brilliant telling from the heart of a child. One critic told that it was the most widely read work on race in the twentieth century. It received a Pulitzer Prize immediately after publication. Thank you for giving us good protagonists, honest searching, and subtle humor, Harper Lee. We are grateful for your life-giving work.