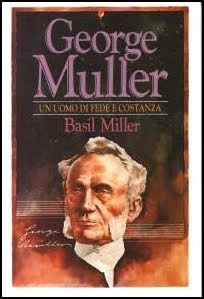 Over a hundred years after his death, the life and faith of George Müller still ministers to me. I am constantly challenged and exhorted by his testimony.
His father sent him to seminary hoping to secure a good job that would provide for him (and his father and mother). The irony there is that George was an unconverted sinner who was reveling in debauchery and sin sick. He converted his life upon seeing someone genuinely praying upon their knees.
After this conversion, he saw the beauty and joy of prayer and gave up his regular salary and simply prayed for his every day provisions. In his journal he states that he would pray and money and food would simply show up. It tells that God answered more than 50,000 of his simple requests for daily provision. He prayer focused to building several orphanages which housed thousands of children. He also traveled and shared his faith to 42 countries up until he was 93 years old. He stated that he read his Bible more than two hundred times in his life and that one hundred of those were on his knees. What an amazing picture of a tender yearning to hear God speak.
Simply through prayer and never through public plea, this man of God was given millions of dollars in the 1800's. His life and testimony is fascinating. May you be challenged to pray and expect God to answer you.
http://en.wikipedia.org/wiki/George_Muller
Email Post
Labels: Books

Warren Baldwin said…
Thanks for your book reviews. I'm going to order this one. wb
5:35 PM