God is More Dangerous than Terrorists 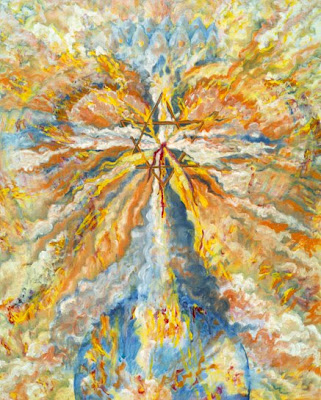 Denbigh asked me a few weeks back if I felt a greater sense of urgency of late. Is anyone else feeling the birth pains of revival? I do. In these days when the enemy is trying to scatter, discourage, and confuse us, we must stay about the work. In fact, we must be more about the work than we have ever been before. I came across Bryan Padgett's post the other day and my heart started beating fast. I asked him if I could post it and he graciously agreed. Let's be about the Father's business. What is God calling you to do with what you hear? How is God calling you to support this vision?
"I heard the above quote last week during a training in Phoenix, AZ. I love it because it is truth. For so many years now, a weak, tame and small god has been preached week in and week out in churches all across this land. The result: Christians who are scared to death to take chances for the King because of the dangers that they could endure. We have become like that which we worship. We worship a god who is more concerned with our safety and our security. This, friends, is NOT the God of the Bible.
The God of the Bible is dangerous and good! He sends us out like sheep among wolves...dangerous! He calls us to die daily, take up the cross of suffering and follow Him...dangerous! He warns that following Him will make us a hated bunch and a persecuted bunch...dangerous! He calls us to love our enemies...dangerous! He calls us to make disciples of all nations...dangerous! He promises to be with us always...good! He has saved us through the death of His own Son...good! He has given us everything we need and all the blessings of heaven...good! He has reconciled us to Himself...good! Nothing can snatch us from Him and nothing can separate us from His love for us...good! OK, I think the point has been made well enough. He is dangerous and good!
I have heard much of my life that at the center of God's will is my comfort and my security. LIE! At the center of God's will is a bloody, deadly cross with the Father's Son on it! Yes, this cross has purchased for believers eternal comfort and security, but in this life will be much hardship and difficulty. Today there approximately 2,000 people groups that have not even been engaged with missionaries yet, let alone the gospel. 639 of those people groups have a population of 100,000 or more. Some of the largest unengaged, unreached people groups are in northern India and the Punjab of Pakistan. I am speaking about groups that have 10 million people or more with ZERO workers among them. There is a reason these groups are still unengaged. They are dangerous. I write this mostly to draw out the Paul-types who sit in churches week after week wondering what their purpose is. They will eventually get frustrated and go form a non-profit or start a business. They will inevitably re-invent the wheel while telling everyone they don't want to re-invent the wheel. For these unengaged peoples, THERE IS NO WHEEL!
I would like for people to ask themselves one question: "What am I willing to endure to see Christ worshipped among all peoples?" For some it will be leading a team to a place where no work is currently going on. For others it will be living more strategically here in the States so as to bless those who go to the unengaged and unreached peoples of the world. And for some it will be releasing your children into the Lord's hands to labor among the nations. There are many other options, as well. The point is that the Church in America needs to become far more reflective of her Husband, Christ. We need to function and live as dangerously as Christ, and as fixed on the Father as he was. As we fix ourselves on Him we will become like Him, for it has been written that we become like that which we worship. We are living in a day and age when the task of completing the Great Commission is close to being fulfilled. To steal a football analogy, we are in the red zone now. The field is shorter and it's harder to score. There are some hard places ahead of us, but Jesus is not a fool. He knows where He's sending us, and He knows full well what will happen to us. And as has been said to some many pioneers throughout history, God says to us, "Do not be afraid, for I AM with you!" No place can be too hard with that promise!
Enough of the status quo. Enough of the fear of terrorists. Enough of the excuses. Enough of the passion for comfort and security. OK, so here's my question: Are you ready to get in and get after these remaining people groups? If so, message me and let's get the ball rolling. I'm serious! Why wait any longer, let's begin the process and see where the Lord leads.
Would love to hear from you!
Bryan Padgett"
*You can find Bryan on facebook!
Email Post

The Pursuit of Christ said…
I have been praying for revival. I feel that same urgency!
Love u!
5:02 PM