The Daily Question For You and Your Child 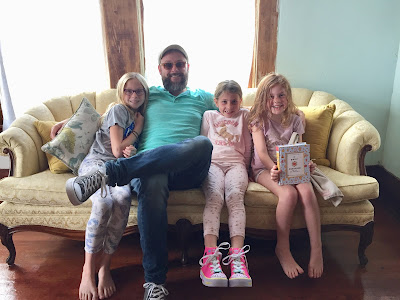 The Daily Question For You and Your Child: A Three Year Spiritual Journal by Waterbrook
My rating: 4 of 5 stars
It's launch day for this great little book! We received this a few weeks ago. It is supposed to be you and one child, but we decided for all five of us to do it. This has been tons of fun. I thought that some of the questions were silly at first, but then I realized how interesting it would be to see your answers about simple things evolve over the years. I have also learned things about my children...things I wouldn't think to ask. One question was a talent they wished they had and one was something they wished they could learn to cook by themselves. We are doing the things. I'm even learning more about my husband. We do this at a meal time each day. All the girls look forward to answering the daily question.

We also had to write a story about a talking grapefruit together one day. We each wrote a line. It was pretty humorous.

"Once there was a talking grapefruit. It's name was Grapey Raisin. He worked in a politician's office. He had a dog named Fruity and a unicorn named Tooty. He married an eggplant named Tabatha and they opened a bistro in New York City." 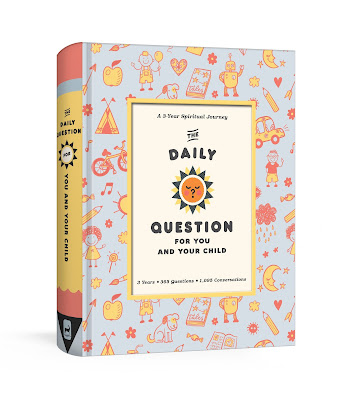