Y'all. This Holy Interruption. 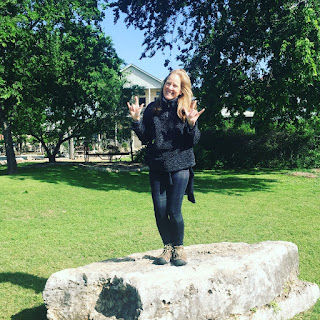 Today we were holy interrupted. We had just sat down on the back porch of our cottage in Gruene when this woman apologized for wandering in to our space. I told her she wasn’t bothering us and we’d be totally happy if she just joined us on the porch. She started telling us how she had just had a divine encounter on a rock out back. She was walking by and thought about standing on the solid rock. She climbed up there and she was stunned by how being three feet off the ground (on the rock) changed her perspective. I thought that was such a powerful sentiment. Standing on the rock changes your perspective. Emily and I thanked her for sharing her story and maybe told her we loved her and her boldness.She told us she was on an new journey and then went off exploring more. As I sat there, I thought of someone I wanted to share her story with so I called out to her and asked if I could get a picture of her on that rock. That’s when the deeper story began to unfold... 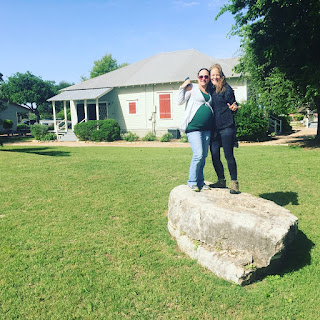 As we walked over to the rock she told us that she wanted to tell us the reason her encounter was so powerful. Her kids were still asleep in the room and she went to eat breakfast by herself alone. This was the first time she had eaten alone since her husband died three weeks ago. She went on to tell us that she had lost her dad in February as well. Her husband had a heart attack while they were out sailing and he fell in the water. Her daughter jumped in and held his body. Her son then administered CPR. At the ER, she was on her knees outside of the area where he was with her hands in the air praying and believing God for a miracle. She said all of a sudden her hands dropped and she just surrendered to whatever God wanted to do. That's when the nurses came in and told her that they had been working on him for some time and he wasn't responding at all. So she went to the kids and asked if they wanted the good news or the bad news. Good. "Daddy is with Jesus." 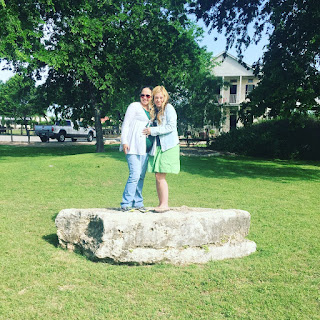 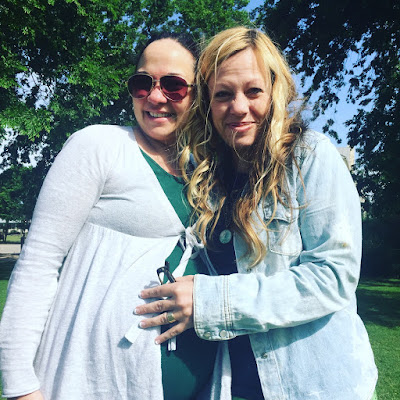 You know we had to climb up on that rock ourselves. I was honored to get to pray with her. Then, we took a selfie and exchanged numbers. Jesus stuns me with his ability to bring 3 people together that didn't know each other, but needed one another so much.
Thank you, Jesus. 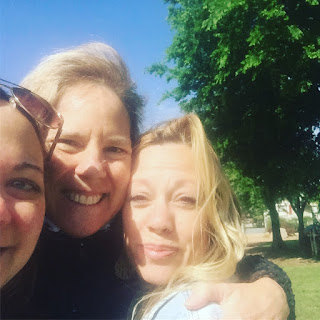 Thank you kindly for stopping by.
Love y'all,
Steph

Thank you for supporting our ministry. You can buy items for the homeless from our Amazon wish list.  http://a.co/5ZcrltX